If you want to read the traditional stuff, click here to learn about all my titles and accomplishments! And if you really want to know me, here are a few fun facts:

My last name, Hardwick-Smith, is my maiden name and was inherited from my great-grandfather. William Smith was such a common name in England at that time that his mail would regularly get mis-delivered, so he hyphenated his name with his wife’s.

I grew up in Auckland, New Zealand and attended an all girls’ high school where the worst thing anyone ever did was smoke a cigarette or hike up their skirt one inch. I was once sent to the principal’s office for knitting in class (it was a silent protest against the French teacher) and was suspended for inciting a peace rally to prevent nuclear submarines from entering New Zealand waters. I graduated top of my class of 50, much to the principal’s dismay.

When I was in high school I designed and sewed all my own clothes and started a small shop where I sold many pieces. I also know how to knit, crochet and do macramé and other similar crafts. Thanks mom! Instead of becoming a fashion designer, I decided to be a surgeon and sew with a different fabric.

I waited tables for about seven years starting in high school and continuing throughout college. In college I worked a full-time schedule waiting tables and paid for all of my own tuition. I was so good at it that I actually got fired twice for confronting the manager and explaining why my way of doing things was better than theirs!

After high school, I was directly accepted into medical school in New Zealand but had a meltdown in the holidays before I was supposed to start, and realized I was not ready for another long academic slog. I decided to take a year off and travel around the whole world, starting on the West Coast of the USA. After a year, I had only made it as far as Houston, Texas… a bit slower than the original plan! Not ready to go back, I extended my stay by attending college in Houston, and more than 30 years later, the rest is history!

I was an absolutely hopeless athlete until I was about 16, and played field hockey and water-polo pretty badly in high school. At about 16, I became obsessed with fitness and started running and doing Jazzercise, eventually becoming a Jazzercise instructor (think ‘80s legwarmers and thong leotards.) I didn’t blossom as an athlete until my late 20’s when I started running marathons with one of my best friends and went on to be a triathlete, with 15 marathons, countless half marathons, 8 full length and 16 half-length Ironman triathlons under my belt. If I can do it, anyone can!

My first job out of OB/GYN residency was working for an established male solo practitioner. I am eternally grateful to him for teaching me all of the things that I didn’t want to do in my own practice. After 3 years, I resigned and was subsequently fired (is that possible?) on the same day. If I hadn’t been given that gift, I never would have had the courage to start Complete Women’s Care Center, and after retiring as their fearless leader now here I am with my very own website!

When I was pregnant with my son (my oldest) in 2003, I was put on bed rest for 5 weeks in the hospital. At that time I had a new and rapidly growing practice, and while I arranged for dear friends to cover my work, I would show up at my patients’ deliveries in a wheelchair just to be supportive. The nurses still make fun of my interpretation of bed rest.

I grew up sailing, surfing, fishing and generally hanging out in or on the ocean. I have a passion for the sea or other bodies of water, and also for sunscreen and skin protection since I developed two early-stage melanomas (completely cured) as a result of daily sunburn for 20 years. Sunscreen and big floppy hat please!

My favorite musical artists of all time are Queen, The Cure, The Smiths, George Michael, and Justin Timberlake. Since I have teens, I also love Drake, Travis Scott, Lizzo, and Cardi B.

Connect with me and let’s get to know each other!

Why do some women over 40, or over 60, have the joyful sexual energy of a 20-year-old, while most of us feel our libido slipping away? Our culture tells that women over 50 are not sexy, not relevant, and are on a sexual downhill march to the grave. My own experience as a menopausal woman combined with extensive research blows the lid off this harmful cultural myth. Let me introduce you to the “Sexually Woke®”- women in midlife who are having the best sex of their lives- and teach you how to wake up to the time of your life as well.

Dr. Susan aims to encourage and empower women who feel that they are on a journey to sexual reawakening. Join Susan to unlock your full potential with honesty, self-awareness, and understanding yourself even better than before. 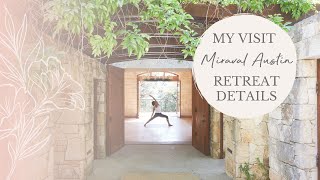 Dr. Susan is here to help

I love that menopause is quietly and politely called “The Change” as if everything else is staying the same! Embracing impermanence (or change) may be the most important and most freeing challenge that we face. Impermanence means that suffering doesn’t last forever, and also means that joyful moments don’t last forever… so our challenge is to embrace and savor every moment. Around midlife, change can feel like a hurricane, with hormonal fluctuations, weight challenges, parents aging, kids leaving, marriages and careers ending … nothing seems stable enough to hold onto. The secret is that this stability lies within you, not anywhere outside. And from that place we can choose to change in ways that will lead to harmony and balance, no longer blown around by winds we can’t control.

Ready to take it to the next level, or find a new community along with some of our friends?

From one-on-one consultations, to coordinated events with others in your area, learn more about what I personally have to offer

LEARN MORE
Like all things worth doing, waking up involves way more work than hiding in the dark. For sure, I didn’t want to do that work during my first marriage, nor did my spouse. It involves self-reflection and accepting your partner and yourself exactly where you are now, combined with a vision of where you want to be as a couple. It requires a genuine curiosity and deep interest in what is best for each person and the partnership every day for the rest of your lives. That’s no small feat. As with any crossroads, you have a choice.
Previous
01 / 01
Next

Thank You For Submitting

Explore the resources and enjoy my midlife sexual revolution.