Mission on the map

It wasn’t until I was in my 40’s that I learned about the horrific problem of obstetric fistulas in Africa and other developing countries. As an obstetrician, it’s something that we truly NEVER see in the USA. In Africa, young women often get pregnant when their bodies are barely developed, and malnutrition adds to their small stature.

Frequently, the baby is too big to come out and labor will go on for days or even weeks. Eventually the baby dies and the head collapses allowing it to pass, but the days of pressure on the bladder often causes a hole to form in the bladder so the young mother has a chronic flow of urine after delivery.

We are partnered with Child Legacy International

If undergoing female genital mutilation as a young girl, followed by early marriage and loss of a child isn’t bad enough, now she is often ostracized due to the smell and is no longer able to support herself.

Mumusa is 17 and was married at age 12 to a man in his 50’s. When she was 7, she underwent a complete removal of her clitoris with the common female genital mutilation procedure. She became pregnant at age 14 and lost her baby after a week long labor that resulted in a fistula and chorinc urine leakage. She is smiling now several days after surgery and is finally dry. Her husband left her due to the odor and she will be returning to her village, hopefully to start over with a better life. 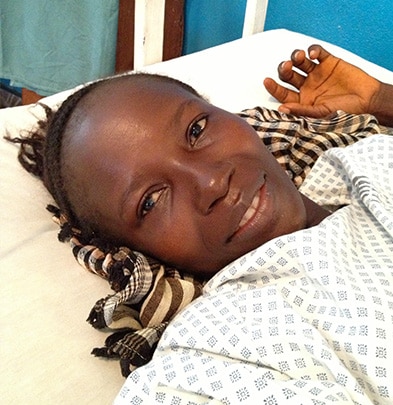 Little Mariana is 16 years old and weighs less than 80 pounds. She is happy she is about to have surgery to repair her fistula which causes chronic urine leakage. Mariana delivered a dead baby a year before this photo after being in unattended labor for 5 days. Her husband and family then ostracized her because of the smell and her inability to produce a child. I am happy to report that her surgery was a success. If she becomes pregnant again, she will need a C section and will return to us to be cared for during her pregnancy. 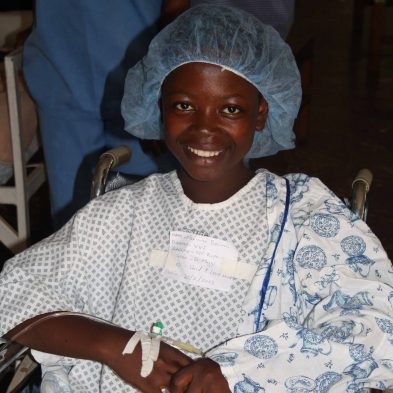 As soon as I learned about this, I felt like I had to do something. That led to my relationship with organizations in Sierra Leone and Malawi, two of the poorest countries in the world, and my commitment to help end this horrific and completely preventable problem.

While repairing fistulas is so important, I often felt like an army surgeon, fixing holes in young people who were sent back out into the field to get another one. The MOST important intervention is prevention, by teaching women, midwives and other medical professionals about birth control as well as fistula prevention and the importance of coming to a hospital that can perform a C-section if labor does not progress.

I am also passionate about raising awareness about female genital mutilation and putting an end to this barbaric procedure that cripples women, and making child marriage illegal and culturally unacceptable.

My other focuses are on birth control, allowing women to delay childbearing until they are adults and to limit their family size if they wish, as well as on cervical cancer prevention and education.

Though one person can only do so much, I am committed to raising money to support women’s health projects in rural Africa. Along with my husband, I started a business to help women both in the developing world and right here at home. Through AGIL wellness and the AGIL foundation (named after our girls Abby, Grace, Isabel and Lily who are so fortunate not to have to suffer this way,) we can enjoy world-class wellness and antiaging products and contribute to women less fortunate at the same time. Please join my family of women caring for women worldwide who were not fortunate enough to be born in the developed world, and show them that we care and they are not forgotten.

Sierra Leone and Malawi in Africa

Meet the women and girls we stand with every day to deliver lasting change.

Thank You For Submitting

Explore the resources and enjoy my midlife sexual revolution.